Excursion in the forest 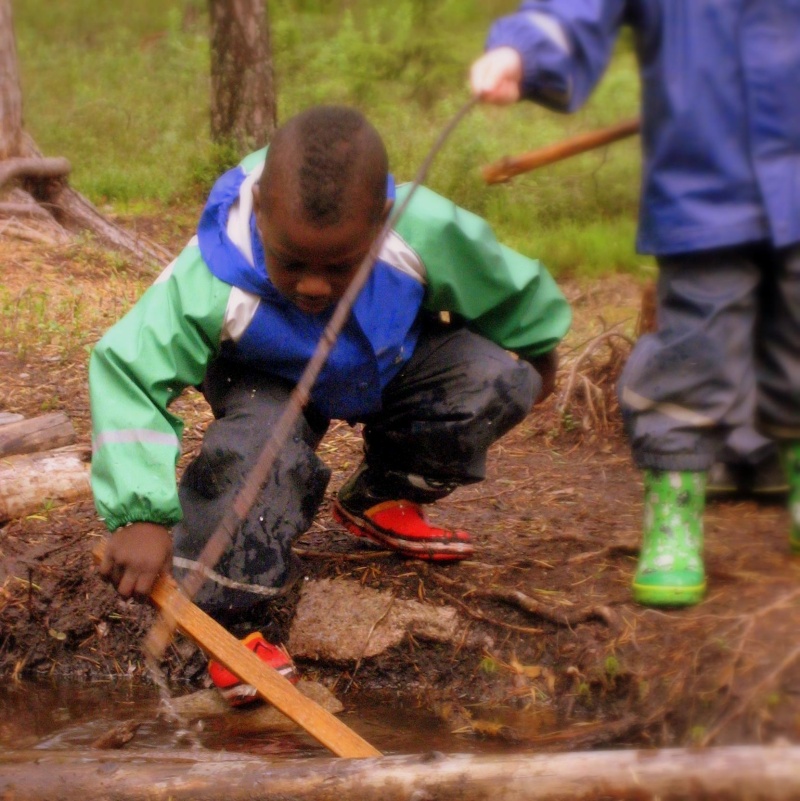 Written by tamara in 1-5 years, English.

Norwegian kindergartens have a special feature: once a week make a short trip with the kids. Generally, this involves going into the forest but also in parks, or anywhere outdoors.

When children go into the forest, they learn many things. They study the ants, they learn to light a fire, cut a sharp twig that you can use it to cook hot dogs but also learn how to build huts. They also learn to take care of the land and free from waste.

Sure can not miss games like hide and seek, the game of cowboys or the Indians or climbing trees.

It is important that children go on a trip and experience the great outdoors. The activities within the kindergarten are all organized and open spaces which are free to express themselves are very few.

An amusement park has only one function. But a small hill with rocks and woods offer many more options.

Usually the parents are happy when they know that children will use the knife. Surely they will cut but remember that does more damage a knife that cuts rather than a little sharp. Children should try. Surely it is a dangerous thing, but, according to the experiences of educators in schools in Norway, nobody was seriously hurt, nothing that can not be solved with a patch.

Also, it is dangerous to climb trees when they fall down: a few very rare fracture.

Children are very happy to experience the outdoors and is a good thing also applies to those children who have difficulties to sit to draw or do puzzles, as well as children with ADHD, dyslexia or whatever.
Some children will find these trips as an opportunity to prove to themselves that they are good at something, maybe to win a race.

All kindergartens in Norway have both male and female educators. This I believe is very important because each brings different values. While women are more concerned about the order, safety, and that things are the best, men want something exciting and fun. They seek new experiences. Maybe because they are a bit like children.

I think the guys who decide to work in kindergartens go with the thought of playing with the kids, go into the woods, play football, build a cabin in the woods. Certainly, I believe this very exciting, and I confess, my son would not want to go to kindergarten, to stay inside all day, perhaps with the same tasks for him boring (like drawing), whereas he is a very active child. They avoided all kinds of prohibitions, unless it is strictly necessary, in the sense that avoid negative arguments like “no, this is not done,” “no, you can not go there”, etc. …

Often children would want to do some more work with his father. A teacher of a Norwegian school, Terje, he told this story:

“There was once a boy who said to me: Terje, I wish that my dad like you. You’re like a baby! Then I said to the child: When you go home ask your father if you can do with him some of the things we do together.
Two weeks later, his father came to me to thank me. The boy came home from school and had asked his father if they could build a cabin in the woods as he did with me.
It was a real wake for his father. The boy was only four years, but built the hut with his father and had done so well! They really did something together!

This story really struck me! It opened my eyes to the fact that we can not protect our children by keeping away from the reality that surrounds us. And I, like many parents, I was against the use of the knife, I changed my mind seeing my son.

For those fathers who want to do something with their children but have few ideas, I suggest this book very cute and funny: