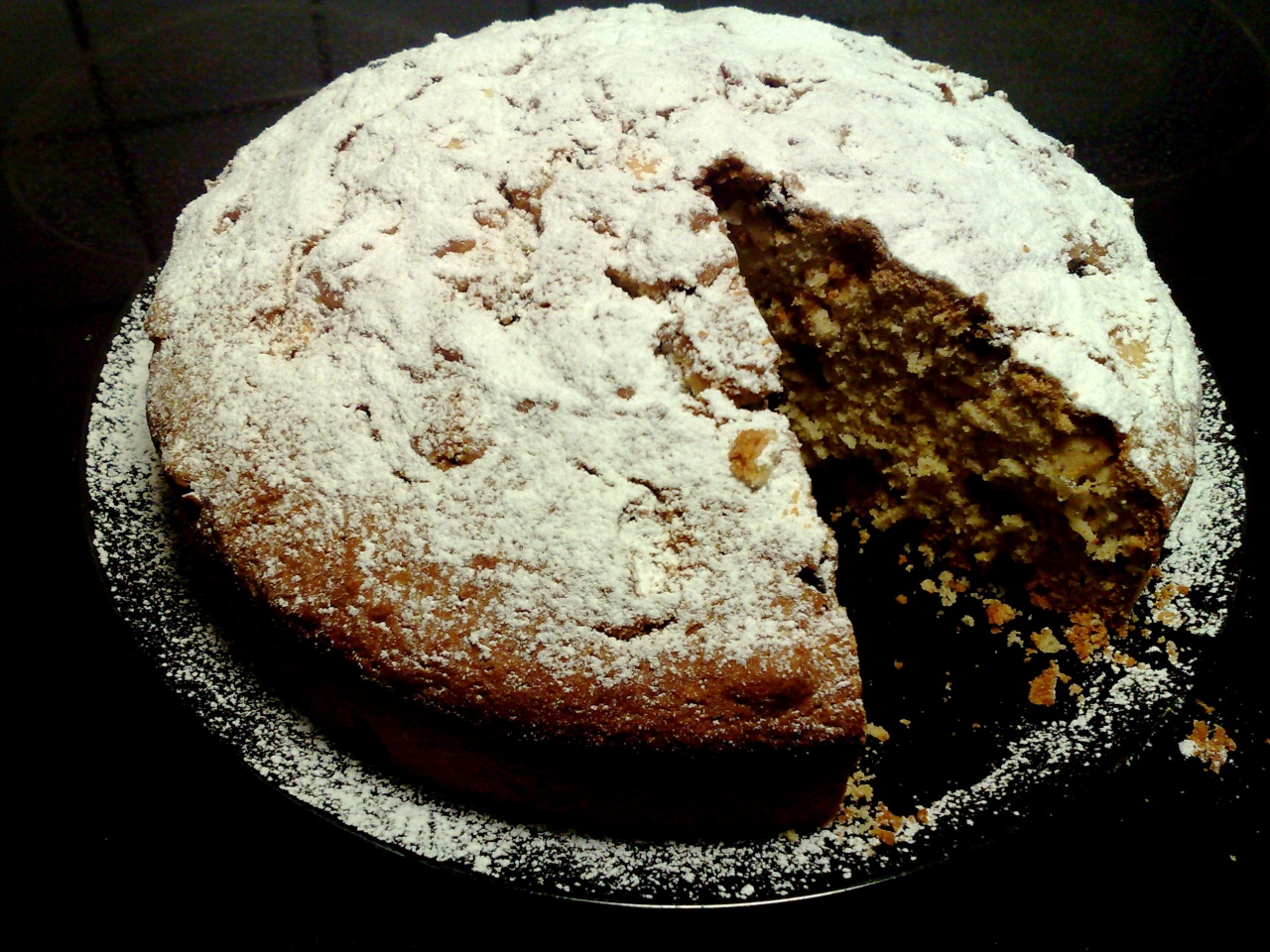 Written by tamara in English, Parents.

Herman is also called the friendship cake. It is a super popular cake, which is in many variations around the world. Herman is the name used in Norway, Italy is called the Padre Pio’s cake. It is a cake, characterized by a mixture containing yeast, and grows in 10 days. At the end of 10 days, a portion of fermented dough is baked, the rest being donated to friends with a copy of the recipe. In this way, you get a chain (“Herman” means “wandering” and then, going here and there without a certain direction or destination).

I propose here the original Norwegian. I knew it through the kindergarten of my son. It all started here, gave me the dough, and now I keep it. It is a wonderful cake, it remains soft for days and has a wonderful spicy flavor of cinnamon, walnuts and raisins. The recipe is for a pan with a diameter of 24 cm.

I was unable to find the recipe to start the Italian version of this pie, but if you want to be first, I can spread the Norwegian method for the preparation of Herman.

I found fantastic ways to make this cake as a game for children, but mostly as if is something alive. I will explain, but now here we are the ingredients.

“Herman sour dough starter” (necessary only if you are the first to start the Herman’s cake):

“To continue growing your Herman sour dough starter” (apply to all leavened dough, such as gifts from a friend or initiated by yourself):

Herman sour dough starter is necessary only if you are the first to start the Herman’s cake.
IMPORTANT: Use a plastic bowl large enough and a wooden spoon. Do not use metal utensils!

Dissolve yeast in warm water (37°C). Add flour and stir until all lumps are removed (the consistency of the dough is almost like a batter). Cover the bowl with a cloth and leave to rest and ferment at room temperature for 48 hours. The dough will form bubbles and the smell will be a little harsh.

It begins on day 10 by the creation of Herman, so he can grow up big and strong. Here, it is time to tell the life story of Herman.

My name is Herman and I am a natural dough. I will stay on the shelf of your kitchen for 10 days without cover. You do not put in the refrigerator.

Day 1: You have the sourdough Herman, a friend gave to you or that you created as described above. Cover with a cloth and let it rest outside the refrigerator.

Day 2: stir well with a wooden spoon (be sure to scrape the edges of the bowl well) 2-3 times.

Day 9: Herman is hungry again. Give him to eat the same as day 4. Divide it into 5 parts, 4 of them given away to your friends. Herman number 5 will remain with you. Copy this recipe, and you give this with each part of Herman gifts.

Day 10: This will be, for your friends, the first day of Herman. Today Herman is very hungry. We give him everything he needs, mix everything together. Preheat oven to 170°C. Bake in conventional oven (not ventilated, so you have a more even cooking) into middle tier, for one hour.

You will indeed see that the dough Herman during the 10 days, to appear “live” through the bubbles of fermentation. Why this happens is important that the start of the dough takes place at room temperature. It is also very important to use only plastic or wooden tools.

The information for starting the sourdough Herman was taken from the website www.detsoteliv.no